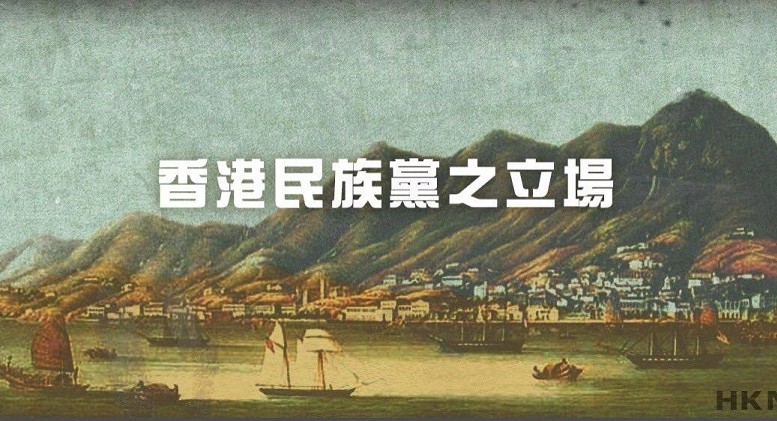 Founded by a group of students, the Hong Kong National Party vows to fight for independence of Hong Kong.

History is full of irony. Despite accusations of a British sell-out by some, Hong Kong people reacted with mixed feelings to the fate of the beginning of a countdown to British colonial rule in 1997 and a period of uncertainty thereafter following the sealing of the Sino-British Joint Declaration in 1984.

Since then, more than one million people had voted with their feet. Many have returned before or after 1997 with a foreign passport, dubbed as an insurance policy. The remaining millions of Hongkongers have resigned to the reality of communist rule under the then untried “one country, two systems” formula. Then, calls for self-rule, self-autonomy, self-determination and independence were largely unheard of.

Now, those once-taboo slogans have become the buzzwords in some quarters of the society, in particular in university campuses, three months to the 19th anniversary of the handover.

On Monday, a group of young people, mostly university students, have inaugurated the Hong Kong National Party (香港民族黨) , the first political party that explicitly calls for independence. They claimed to have about 50 members. The ultimate goal, they said, is to set up a “Hong Kong republic” and put an end to Chinese dictatorial, colonial rule” so that Hong Kong people can “return to normal life.”

Speaking at a press conference, party convenor Chan Ho-tin said the independence of Hong Kong will “definitely happen” with the Chinese Communist Party intensifying  their persecution against Hong Kong people. He said they would contest the upcoming Legislative Council election. The party, he said, did not rule out any effective means of political struggle.

The emergence of the first political party that flies the banner of Hong Kong independence carries significance more in symbolism than substance. It represents the formation of the extreme faction within the localist force, which can broadly belong to the pan-democratic camp. But how far it can go is not without doubt.

How to go for independence questionable

Questions have already been raised on whether their registration under societies or companies ordinances will be approved by the government. Also importantly, it looks unlikely it will get a big group of followers. Whether they are able to fund their operation and election is also doubtful. And even if they are able to field their candidates in election, their chance of success is slim.

The possibility of a substantive pro-independence movement with considerable support in the society remains remote.

But the trend of growing sentiments of separation and alienation from the mainland, or more accurately, the communist authorities, shows no signs of an end, let alone a reversal of direction.

Those sentiments will be even more prevalent among young people if the central and Hong Kong governments fail to take concrete moves to pacify their discontent.

The public discontent that underpins the support for localism and independence stems from anger and fears that the city’s will lose its identity and character if its unique strengths in its systems and values are being further eroded by Beijing and a government under Leung Chun-ying.

The formation of the new political party is another signal of the simmering discontent and disenchantment with the two governments in the way they have implemented, or perhaps negated, the “one country, two systems” promises.

If left unaddressed, the advocacy for independence may evolve from words to action, which will bring about grave uncertainties to mainland-Hong Kong relation and the future development of the city.

Be the first to comment on "Words of HK independence turn to action, or kind of"