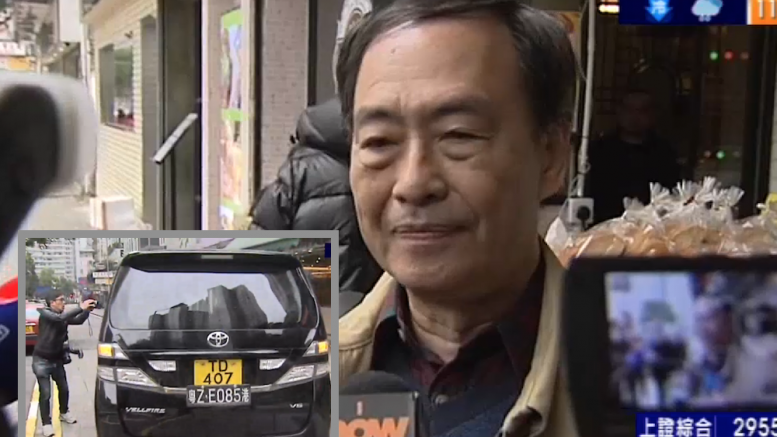 Almost three months after Lee Po’s wife reported to the police her husband went missing, Lee returned home on Thursday before leaving for the mainland one day later with crucial questions left unanswered. Those questions may never be answered, at least in the near future.

At the centre of mysterious saga was how he “used his own means” to return to the mainland, not through the immigration checkpoints with legal documents, and why doing so would have protected him and his family from harm as he has claimed.

Lee and his partner run the Causeway Books, which is known for selling books that contained sensitive contents about the fight for power among Chinese Communist Party leaders.

Speaking to reporters on Friday, Lee insisted he has already told the truth, referring to several interviews he gave to Beijing-friendly media such as Phoenix TV and Sing Tao Daily News. He pleaded reporters not to follow him for more details, adding he would only repeat what he has said even if asked a thousand times. He denied he had been kidnapped.

He said he would “never publish banned books again” because it was wrong to do so.

The explicit admission of wrongdoing in his publishing business has shed some light on the otherwise depth of mystery behind the disappearance of Lee and his four other partners and staff one after another since the end of last year.

The writing is on the wall. They plunged into an abyss after the mainland authorities found their book business has caused more than an embarrassment to Beijing and was no longer tolerable.

A source close the mainland said some books that contained malicious rumours about President Xi Jinping had been circulated among cadres and, worse, being used as ammunition to attack Xi.

Bar Association chairwoman Winnie Tam Wan Chi SC is no alarmist when she described the missing bookseller case as the “most worrisome” event since the 1997 sovereignty changeover.

She said in an interview at the weekend the case has raised grave concerns about basic freedoms that are the city’s core values such as freedom of expression and personal safety.

Some loyalists such as National People’s Congress Standing Committee member Rita Fan Hsu Lai-tai and Ip Kwok-him, the newly-appointed Executive Council member, may genuinely believe they have no reason to cast doubt on Lee’s remarks.

Many people just don’t believe Lee was telling the truth because the story given defies common sense.

Barring unexpected development, the saga is nearing its end although the Government will still be under pressure to deal with the departure of Lee “in his own means”. Specifically, the government will have to decide whether to take Lee to court for his departure and, if so, on what legal ground.

But even if Lee faces trial, it looks unlikely he will spill the beans and say anything that contradicts what he has said for obvious reasons. There is practically not much further the government can do.

With the all-important questions unanswered, the saga is coming to an end with fears about personal freedom and freedom of publication and expression lingering, causing profound damage to local and international confidence in the “one country, two systems” policy.

Be the first to comment on "Lee Po case finale bodes ill for ‘one country, two systems’"