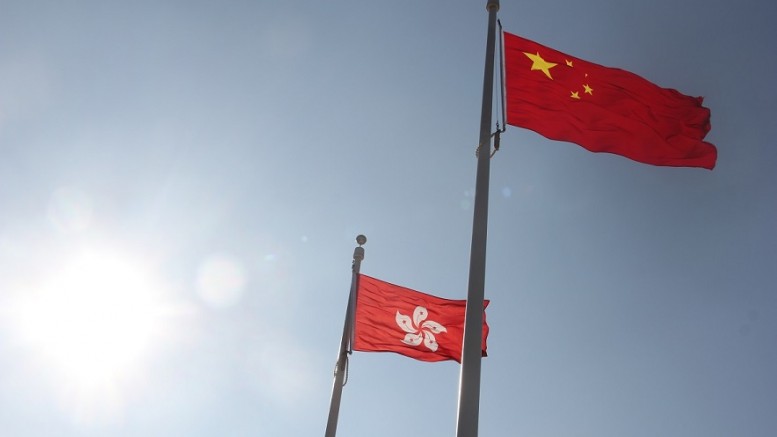 China will introduce 'one country, one system' in Hong Kong after 2047 if the city has no value for the country.

Contemporary independence movement sprang up in South Asia, Middle East, Africa and Asia at the end of the Second World War following the decline of traditional colonial powers such as Britain and France and the defeat of Japan and Germany in the war. But those new nations had to make a quick decision after they gained independence. The choice is: to be with the United States-led camp or the former Soviet Union camp. During the Cold War period, many independent states were a pawn under the protective umbrella of the two superpowers.

Places that had sought independence seldom faced military suppression following the building of a new international order. Sovereign nations often adopted a policy of mollification towards the places that demanded independence by giving them highly-autonomous powers in exchange of them remaining in the sovereign nation. Examples are Scotland and Ireland in the United Kingdom, Quebec in Canada and Basque and Catalonia in Spain. There are also bloody cases such as the military crackdown against Chechnya by Russia.

The dissatisfaction of Hong Kong people towards the mainland could be dated back to history. It is indeed part of the traditional in the history of the city. Since the end of the Qing Dynasty, those who migrated to Hong Kong were dissidents from the Taiping revolutionary army and the Hundred Days Reform faction. They fled for their life because they were at odds with the bureaucrats in the then government and the revolutionaries. There were also refugees who sought refuge in the face of civil war in the mainland. They had no choice but Hong Kong. Because of that, they felt bad about the mainland governments and the way they governed. That was true in the Qing Dynasty, the Republic of China and the People’s Republic of China eras. But they have one thing in common: they have not negated their Chinese identity.

During the British colonial rule, former governor Sir Mark Aitchison Young (楊慕琦) had introduced political reform in 1946 with the goal of establishing a local government constituted by local citizens through universal suffrage as a step towards independence. But after the Communist Party came to power in 1949, the then governor Sir Alexander Grantham (葛量洪) had made it clear that the issue of Hong Kong was not about “self-rule or independence,” but the “relations with China.” The political reform plan launched by Sir Mark Aitchison Young had come to an end.

Referendum on future not raised during Sino-British talks

When Britain began talks with China on the future of Hong Kong in late 1970s, Britain had adhered to their position that the issue at stake was about “relations with China.” Britain decided to hand over the city to China. During the process, the idea of a referendum on the city’s future had not been raised. There was no demand for self-determination and independence in the society.

China still tolerates the “uniqueness” of Hong Kong because Hong Kong stills makes contribution to the mainland. Even if Hong Kong does not pursue independence, China will probably introduce the “one system” model in Hong Kong, not give a nod to independence, after 2047 if it loses its values to the country.

Be the first to comment on "‘One country, one system’ if Hong Kong has no value for China"