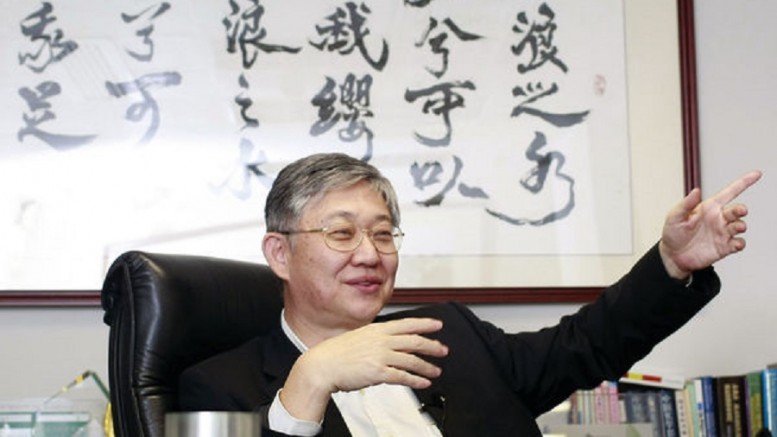 Echoing the dim view given by the Financial Secretary on the 2016 Hong Kong economy in his 2016-17 Budget, property agent giant-cum-newspaper publisher Shih Wing-ching has called on people to prepare for the rainy days.

Although the Government is still able to afford economic sweeteners for citizens in this year’s Budget, he said the chance of continued government generosity would be slim. Worse still, the city will suffer from deficits if the economy begins to slow down, he pointed out.

“We may have to use our reserves for recurrent expenditure, not to mention handing out sweeteners,” he wrote in his regular column in Chinese-language AM730 on Thursday.

“A lot of business friends of mine have begun revising their investment strategy by pulling out or slowing down investment. This is because they had already encountered difficulty in profit-making in the second half of 2015. They may even run into red this year. Government revenue from profit tax will therefore drop drastically.

“A slowdown in investment will take its toll on revenue from stamp duty. Land revenue will also go down due to a fall in property prices. Land price is even more sensitive than property prices to changes in market.

“Even though the Government may increase land sale programme revenue from land sale will not increase significantly. Revenue from government investment will also be adversely affected by the overall economy.”

Shih said revenue from salaries tax, particularly from those high-income earners, will also drop due to economic slowdown.

Despite a staggering HK30 billion surplus for the 2015-16 fiscal year, John Tsang has voiced out frets about the city’s economic health and warned of risks laden in the local economy this year. He forecast an economic growth of one to two per cent, which has been taken into account the wealth creation effect incurred by the HK$38.8 billion package of tax rebate and livelihood relief for ordinary people and businesses. Still, he expected a modest surplus of HK$11 for the 2016-17 financial year. In the medium term, Tsang forecast an annual deficit in the capital account in the four financial years beginning from 2017-18.

In his post-Budget media interviews, Tsang said he has started building up sandbags quietly in anticipation of the arrival of floods.

Shih Wing-ching is founder of the Centaline Property Agent and Chinese free newspaper AM730. This article is based on his column published on March 3.