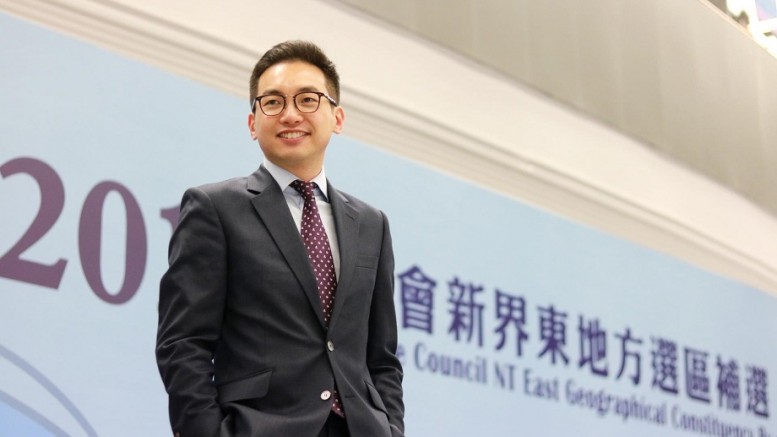 Alvin Yeung Ngok-kiu, representing the Civic Party and the mainstream pan-democrats, won the Legislative Council New Territories East geographical constituency by-election on Sunday, beating his main rival Holden Chow Ho-ding by a small margin of 10,551 votes, unharmed by a strong challenge from a radical localist Edward Leung Tin-kei. Below are my take on the winners and losers of the Sunday poll:

Never mind the infighting between Alvin Yeung from the mainstream and Edward Leung from the fringe and the worsened split among the pan-democratic camp, they have succeeded in keeping the seat they held and thwarted the challenge from a coalition of pro-establishment, pro-Beijing camp. The influence of pan-democrats in NT East remains strong despite fears that a raft of negative factors including the Mong Kok unrest and the filibustering in Legco might disappoint moderate pro-democracy voters, prompting them to switch to the other camp or simply to shun the polls. Having taken a combined total of 57 per cent of vote share in NT East in the 2012 Legco election, it would have been a heavy blow to the pan-democrats, in particular the mainstream faction, should the seat go to the other side.

Edward Leung and the localists

Don’t get it wrong. It is premature, perhaps even wrong, to say the tally of votes Leung, a 24-year-old university student who represents a radical localist group Hong Kong Indigenous, received shows voters’ unreserved support for their political views and approach. The jury is out. Leung secured 66,524 of the 434,000 votes, representing about 15.3 per cent. That should not be conveniently read as a vote in support of violence in protests. But it is fair to say the notion of localism, or Hong Kong identity and sense of belonging, has considerable support among different sectors of the society. This is because, in no small part, of the growing negative perception among the populace towards the central government in the recent years. Another important factor is that people hope for change in terms of approach and faces as evidently shown in last year’s district council election. Edward Leung has got both.

Alvin Yeung and the Civic Party

At 34, Yeung has emerged as a young high-flier in the Civic Party and the pan-democratic camp. Faced with a Beijing-backed election machinery and caught between the mainstream and radical factions in the camp, it is almost impossible for him to find a balance among various factions and win the seat. Yeung has managed to do so with humility, maturity and far-sightedness, in particular in his mildly positive remarks on Edward Leung’s challenge. That will prove to be an important quality for him to play a role in forging dialogue with the radical localist groups. Suffered from succession and image problem, it would have been a serious setback to the Civic Party if Yeung lost.

Leung Chun-ying and his team

Chief Executive Leung Chun-ying’s call for voters to “vote them (pan-democrats) out” has been ignored by voters in the district council election in November. On Sunday, voters cast a protest vote in support of Alvin Yeung and Edward Leung, defying the Leung governance. Many of them may not like the excessive play of filibustering, but they are even more worried about a government whose powers are left unchecked. They opt for the lesser evil.

Democratic Alliance for the Betterment and Progress of Hong Kong

Despite a credible 35 per cent of total votes, Holden Chow, a rising star, and the pro-establishment flagship DAB he presented, failed to shine. They broke no new ground in term of vote share. Their campaign strategy featuring attacks against the pan-democrats for allegedly condoning violence (Mong Kok unrest) and filibustering in Legco has seen no substantive results in converting pro-democracy voters into their supporters. Their campaign slogan of “taking the right path” seems to have only consolidated their own loyal supporters, without gaining new followers. Aside from losing the seat, they have also failed to persuade voters to shun Edward Leung for his political radicalism.

Wong Sing-chi and his Third Side

An attempt by ex-Democratic Party legislator Wong Sing-chi and the Third Side he co-founded to find their feet in the political landscape split between the pro-establishment force and the pan-democratic camp failed miserably. Wong won a mere 17,295 votes, way below than the 21,118 votes he got in 2012. Call it Third Side or Third Road, the path of middle-of-the-road viewpoints, if any, is narrow unless the central and Hong Kong authorities abandon the “we versus they” mentality and approach.