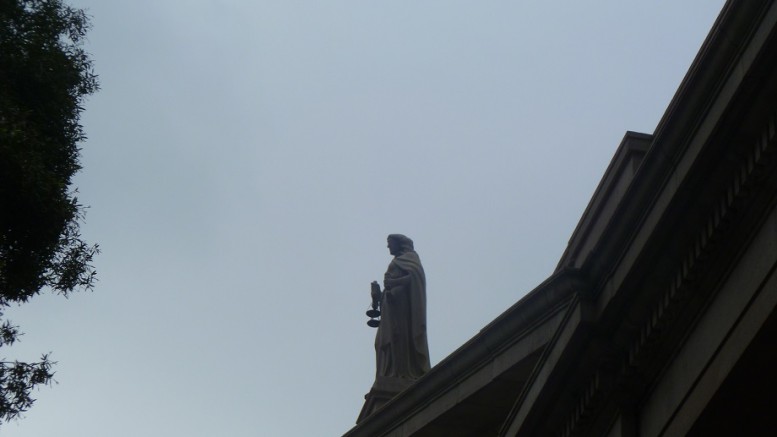 Bar Association warns calls for naming and shaming some judges undermine trust and confidence in rule of law.

Chilly wind is blowing across the judicial and legal landscape in Hong Kong at a time when the political temperature is surging in the aftermath of the Mong Kok unrest. Two recent controversies are cases in point.

Case Number One featured a blog posted by Tony Kwok Man-wai, former deputy commission of the Independent Commission Against Corruption, which appeared on the online pages of Chinese-language free newspaper Headline Daily. Kwok called on internet users to help publicise details about a judge who granted bail to an activist accused of involvement in the Mong Kok unrest.

Kwok was unhappy with the decision by a magistrate to let Ray Wong Toi-yeung, convenor of the Hong Kong Indigenous, walk home on bail. Wong was accused of instigating the riot. He wrote: “One cannot help but have suspicions about this whole incident. Is there a ‘problem’ with this magistrate?”

“I suggest netizens work hard to ‘uncover’, to see if there is enough to prove his and his family’s relationship with pan-democrats as well as his political views.”

Kwok later apologised saying the blog was a draft and had been posed by mistake. His remarks drew flak from the legal community. The Progressive Lawyers Group said it was amounted to “contempt of court.”

On Thursday, the Bar Association issued a lengthy statement on Kwok’s remarks and comments made by Hong Kong members of the semi-official Chinese Association of Hong Kong and Macau Studies at a recent meeting on the Mong Kok unrest. Kwok is a member and had attended the meeting.

The members claimed the Mong Kok violence was the “aftereffect of the Judiciary conniving violence,” urging the courts not to “condone those who undermine the safety and public order in Hong Kong.”

Noting public and international rust and confidence in the judiciary is the bedrock of the rule of law, the Bar warned “any inappropriate comment could fuel baseless and unnecessary suspicion on judicial independence.”

“We find deeply deplorable the suggestion, made collectively by “experts,” who hold subjective views drawn from incomplete assessments of selective individual cases, that some judges should be ‘named and shamed’.”

Case Number Two saw Alvin Yeung Ngok-kiu, a barrister contesting a Legislative Council New Territories East by-election, being complained by a pro-Beijing rival over his alleged involvement in a case related to two alleged instigators of the Mong Kok riot.

Holden Chow Ho-ding, who represents the Democratic Alliance for the Betterment and Progress of Hong Kong, claimed in a complaint to the Bar Association Yeung has breached the rules by offering legal assistance services.

If Chow’s complaint sounded technical, a round of orchestrated attacks against Yeung is highly political.

Yeung has become the subject of political accusations by his political rivals and some pro-establishment media for helping the “rioters.” He was labelled as “rioter-barrister.” His offer to provide legal advice to defendants involved in the riot has been strongly challenged by critics.

Making a defence at an election forum, Yeung said every individual should not be subject to unfair treatment.

The blatant move by Yeung’s rivals to put pressure on him not to provide legal assistance to people alleged of rioting is an affront to the right of citizens to have their choices of lawyers as provided in the Basic Law.

Political labelling of lawyers who provide assistance to alleged rioters would put undue pressure on them, which would only be unfair to them and to the defendants.

The two cases are, on the surface, unrelated. Both, however, hinged upon certain core values and all-important principles related to rule of law and independent judiciary. They are clear signs of a worrying trend of putting politics above the law and basic civil rights in the name of upholding public order in the society.

(There are seven candidates in the NT East by-election. The other five are Wong Sing-chi from the Third Side, Leung Tin-kei of the Hong Kong Indigenous, Christine Fong Kwok-shan, an independent and member of the Sai Kung District Council and independents Albert Leung Sze-ho and Lau Chi-shing.)