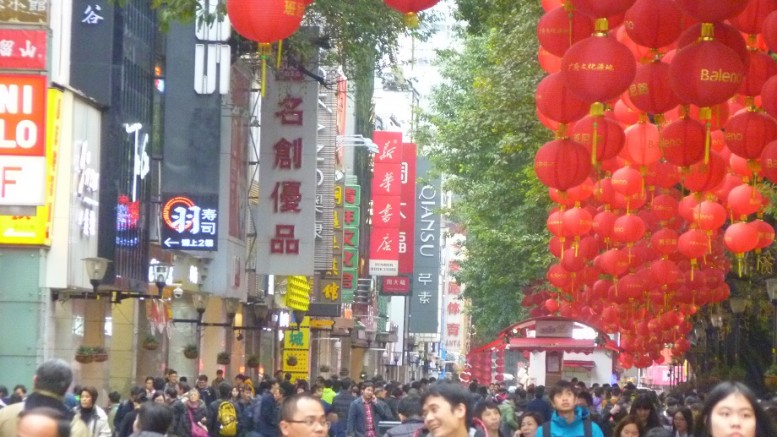 Chinese authorities are eagerly keen to give a boost to the stock market to help enliven the slowing economy.

It’s official. The leadership of China Securities Regulatory Commission (CSRC), the mainland’s top securities watchdog, has changed. Mainland media announced on Saturday Xiao Gang had been removed as the chairman and secretary of the Chinese Communist Party arm at the CSRC. He was succeeded by Liu Shiyu, formerly chairman of Agricultural Bank of China.

Reuters news agency has revealed on January 18 Xiao had tendered his resignation after the circuit-breaker mechanism was suspended fours days after it was launched. It came after a meltdown of the mainland stock market after the mechanism was introduced. The report was immediately denied by CSRC.

I have said before the CSRC ranks too low in the decision-making hierarchy of China’s financial structure. They are subordinate to the ministerial-level State Assets Supervision and Administration Commission and the Ministry of Finance. Listed state enterprises are directly under their relevant ministries and provincial governments. How can the CSRC “supervise” those big tigers? Since CSRC’s inauguration in 1982, there are eight chairmen. They are Liu Hongyu, Zhou Daokui, Zhou Zhengqing, Zhou Xiaochuan, Shang Fulin, Guo Shuqing, Xiao Gang and Liu Shiyu.

It is unclear how long Liu Shiyu will stay on his job. All his predecessors had stayed at the helm for about three years on average. The only exception is Shang, whose term lasted about nine years (between December 2002 and October 2011.) During Shang’s term of office, A shares took a big stride towards full circulation, making him the CSRC chairman with the most remarkable achievement.

Xiao took office in March 2012. During his reign, the Shanghai-Hong Kong stock “through train” was launched. IPO of A shares has resumed, followed by the circuit-breaker mechanism. They are cases showing Xiao was keen to take a bigger step in stock market reform in his term.

But the mainland stock market has been fraught with deficiencies. These include lack of transparency of listed companies, overly high share prices (in particular stocks in GEM), manipulation by stock brokers and the proliferation of weird stocks in the market. The top priority of CSRC in regulating such market is “formalisation” to help protect the interests of investors. The goal of A-share stock market should be shifted from the original purpose of raising fund for state enterprises to solving funding problem for enterprises under different ownership structure. It should also help provide a reliable investment platform for small investors.

The central government has a penchant for building up a “big bull (stock) market” as a showcase of a prosperous capital market. The mainland media have played the drumbeat of bullish outlook during the various surges of the stock market in the recent years. As a result of that, the mainland stock market has failed to shirk off its image of “policy-driven market.”

China’s economy began slowing down during Xiao’s term. The country’s foreign reserve recorded a net loss of more than US$500 billion last year. The grim situation had prompted the state media to sing the bullish tone in the hope of enlivening the economy by luring foreign investors to boost their investment in the mainland to capitalise on the bullish stock market. The Shanghai Composite Index jumped from the 2,000-mark in July 2014 to a high point of 5,178 before it returned to 2,000 points in just about one year. Trading of more than 1,000 stocks was suspended after a free fall of prices. Transactions were near to zero.

It is obviously clear that the roller-coasters of A-share market is not the result of decisions made by Xiao. Given his status, he is only responsible for execution, not decision-making. Someone should take responsibility for the mess of China’s stock market. Xiao Gang is just the scapegoat.

Chan King-cheung is a veteran journalist. He writes on political and economic issues in Hong Kong and China. This article was translated from his regular column in the Chinese-language Ming Pao on February 22.