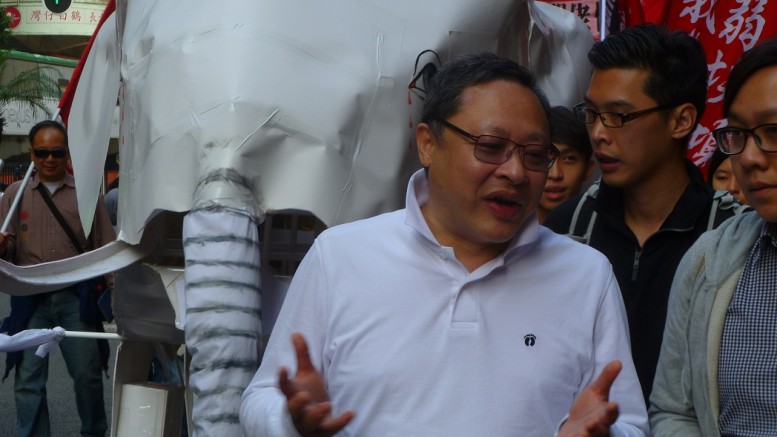 Benny Tai, university law lecturer and a co-founder of the Occupy Central movement, is championing the "Thunderquake Plan", under which pan-democrats target to win half of Legco seats.

Having kept his head low after the abortive Occupy Central movement in late 2014, University of Hong Kong law professor Benny Tai Yiu-ting, one of the three co-founders, is back in the political limelight with a bold plan, if not an impossible dream. He is appealing to the pan-democratic camp and their like-minded voters to act in unison in the 2016 Legislative Council election with one target: grabbing 35 seats.

Calling it “Thunderquake Plan” (雷動計劃), Tai has called on factions from the non-establishment camp to join hands and pro-democratic voters to cast their vote in accordance with a grand strategy in the upcoming election. By doing so, he is confident that the pan-democratic force might be able to win half of the seats in the next legislature.

In an article published in the Chinese-language Apple Daily on Tuesday, he said: “I have carefully looked at the data of previous elections and analysed the latest presidential election in Taiwan. I think it is not impossible for the pan-democratic camp to win 35 seats.”

He said the city’s District Council election in November and the Taiwan polls showed the power of young voters and “first-time voters” could be a game-changer. Tai called on the pan-democrats to change their tactic from defensive to offensive in the September election. (The election date has not yet been fixed.)

Of the 70 seats in the current legislature, the pan-democrats hold 27.

The pan-democrats hold nine functional constituencies, including district council (three), social welfare, healthcare, education, legal, accountancy and information and technology. They need to gain three more seats to make up the total of 35. Tai said the pan-democrats could field heavyweight candidates to contest three individual-based functional constituencies. They are engineering, medical and architectural, surveying and planning.

Though achievable in mathematical term, Tai’s election plan sounds too good to be true, judging from the realities. 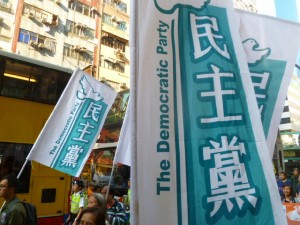 The Democratic Party, once the flagship of the pan-democratic camp, is in decline.

Reality Number One is that it is a mission nearly impossible, at least in the near future, trying to form an united front among the pan-democrats. In fact, calls for a grand pan-democratic coalition have been made a few years ago. One of the most vocal proponent was veteran political figure Allen Lee Peng-fei. His well-intentioned plea had not been taken seriously by most factions in the pan-democratic camp.

The past few years saw the pan-democrats moving in the opposite direction with fiercer finger-pointing and intensified fragmentation. The ongoing New Territories East by-election is an example. Although major pan-democrats have agreed on one candidate, that did not stop a couple of like-minded groups to join the fray. With the September polls just about 7 months to go, it is difficult for the pan-democrats to reach consensus on a joint campaign.

Reality Number Two is the lack of a strong leader or a political party within the pan-democratic camp who can bring together various factions to the negotiating table, not to mention striking a deal on election plan. Once the flagship, the Democratic Party is in decline. The influence of veteran democrats such as Martin Lee and Emily                         Lau is withering. The lesson of Occupy Central, which was first engineered by Tai and his two allies (Chan Kin-man and Reverend Chu Yiu-ming) but was kick-started prematurely by students, is illuminating. Tai may genuinely think he still has a role to envision the pan-democrats’ future. It is politically naive if he seriously believes he can unite the democrats to fight the Legco battle.

Reality Number Three is the bigger question mark about voters’ propensity of voting in accordance with what they are told, not their own wish. For “Plan Thunderquake” to succeed, every vote from non-establishment voters has to be cast as planned to achieve the best results, thus enabling the pan-democrats to get the maximum number of seats. That will prove easier said than done in view of the voting behaviour of Hong Kong people. It is true that most voters tend to be inclined towards supporting one camp or another, or pro-establishment or pan-democratic. But when there are different choices in their supporting camp, many would like to decide on their own how to vote. If that is the case, the effect of strategic vote will be severely weakened.

In soccer, attack is always the best defence. Tai’s call for the pan-democrats to set a higher target, not just keeping the existing seats, cannot be faulted. But while the pan-democrats should be more aggressive in their tactic and accommodating in their coordination, they need to more realistic in setting their ultimate goal.

Be the first to comment on "Thunderquake Plan: ideal and reality"