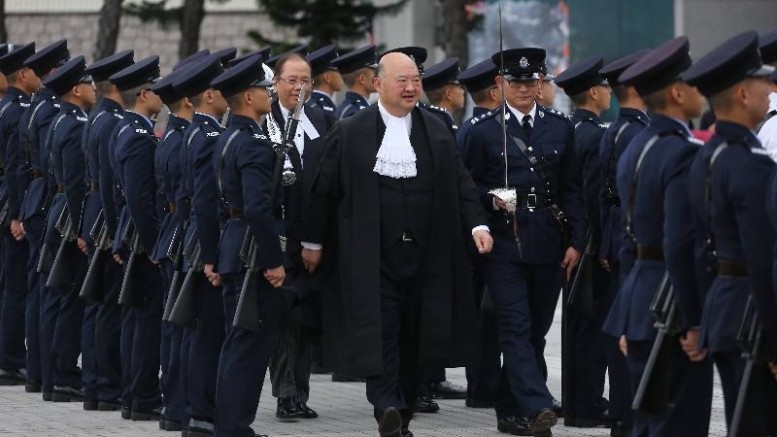 Hong Kong Chief Justice Geoffrey Ma makes a robust defence of judicial review in a speech delivered at the opening ceremony of the Legal Year 2016.

If society puts any value on the concept of the rule of law as a cornerstone or pillar in our community, it is important to understand Hong Kong’s legal system and how justice – for, conceptually, this is after all the purpose of law – is administered. Hong Kong’s legal system is based on the common law and on that system’s characteristics of fairness, transparency and access to justice. The key players include of course those who are most intimately connected with the law’s operation, the courts and the legal profession, but of considerable importance is also the understanding and acceptance by everyone, especially those with influence or power (chief among whom is of course the Government and all those within it), of the purpose of the law. The law is there to facilitate the well-being of our society, and not to be seen as somehow obstructing it.

The concept of equality is key to an understanding of Hong Kong’s system of law. The law applies equally to every person. No one person or institution is above the law and the application of the law. Thus, the Government and all within it are subject to the law in precisely the same way as everybody else.

The courts only become active when legal disputes require adjudication. This may be in a criminal context when the guilt of a person has to be determined. It may be in a civil context when civil rights, commonly about money or property, have to be resolved. It may be in a public context which engages not only the rights of the parties actually before the court, but perhaps more importantly, the public interest as a whole.

For the public, it is in public law cases where the three important characteristics of fairness, transparency and access to justice can best be seen and tested. Public law cases, very often with constitutional principles at stake, involve by definition the public interest. Thus, since 1997, Hong Kong courts have had to deal with constitutional and public law issues involving, for example:

(1) The right of abode in Hong Kong of children born to Hong Kong permanent residents;

(2) The freedom of speech, of procession and of demonstration;

Public law cases on the whole involve the very rights and liberties that are protected by the Basic Law and which, as a community, we hold dear. These rights and liberties are enjoyed by every member of the community. They reflect fundamental societal values. A greater awareness of rights and liberties means that in the public sphere, proper responsibility and accountability for decisions affecting every aspect of life and activity in Hong Kong are now expected by the community. Proper responsibility and accountability in the public sphere is called good governance, and good governance is another term for an adherence to the requirements of the law and to its spirit. In other words, it embodies the concept of the rule of law.

This is the essence of that type of case known as judicial review and, most often, this type of case involves the Government or a department within the Government, although it can also involve other public bodies. In judicial reviews, the public interest is always engaged and the effects of a decision of the court in this type of case will almost always affect sections of the public beyond the immediate parties in court. Sometimes, the whole community is directly affected. A decision of the court in public law litigation will often serve as a guide to good governance, whether looking at events in the past or perhaps more important, the future. Although there may occasionally be inconveniences, judicial review overall serves the public interest and facilitates the well-being of our society. This status should properly be recognised.

It is precisely because of the public interest being engaged in this way that in dealing with judicial review cases, the court will be anxious to ensure that all proper legal arguments are permitted to be ventilated before a decision is made. Owing to the fact that in public law case, reliance is often placed on various rights and liberties that operate in different directions, the court is faced with difficult and complex arguments. As in any other type of case, a judge must fairly hear all proper points of view. I have earlier referred to the aspect of fairness as being a characteristic of justice in the courts. Judicial review cases are certainly to be treated in no different a way. It cannot be otherwise when the public interest is engaged.

It is inevitable given the nature of the type of case that is involved in a judicial review that political, economic and social factors form a part of the background to such cases. However, as both my predecessor Chief Justice Andrew Li and I have said on numerous occasions, the court is only involved in the legal questions which arise. It is usually simply irrelevant to inquire into the motives, political or otherwise, of the parties before the court: what matters are the legal merits. To be preoccupied with the motives of the parties before the court will not be helpful in reaching a proper legal outcome. I reiterate this point: that judicial reviews are all about legality and not the merits or demerits of a political, economic or social argument.

It is for this reason that in judicial review cases, the court is required to be particularly astute in ensuring that only proper cases ought to be considered. Unlike most other types of originating process, the permission of the court is required before any application for judicial review can be instituted. The requisite standard – one that was laid down by the Court of Final Appeal in 2007 – is a high one because potential applicants are required to show their arguments to be reasonably arguable with a realistic prospect of success. The Court of Final Appeal reasoned as follows: the purpose of the requirement of leave “is to prevent public authorities from being unduly vexed with unarguable challenges. Whilst in a society governed by the rule of law, it is of fundamental importance for citizens to have access to the courts to challenge decisions made by public authorities on judicial review, the public interest in good public administration requires that public authorities should not have to face uncertainty as to the validity of their decisions as a result of unarguable claims. Nor should third parties affected by their decisions face such uncertainty.”

Where this test is satisfied, a court will proceed to consider the arguments in the same way as any other case to arrive at a result that is in accordance with the law. The infrastructure of the law is there to ensure such a result. And it is open for all to see and ultimately to judge for themselves.

This is an edited speech delivered by the Chief Justice of the Court of Final Appeal, Mr Geoffrey Ma Tao-li, at the Ceremonial Opening of the Legal Year 2016 on January 11.