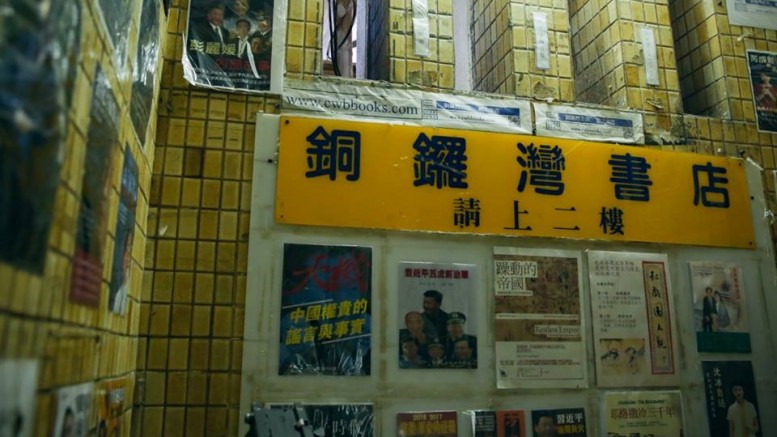 The dramatic “reappearance” of bookseller Lee Bo on Monday in the midst of fears that he had been forced to return to the mainland for investigation has not helped clear the air.

The opposite is true. It has given more credence to the theory that Lee and his associates at the Causeway Bay Books have been in hot water for publishing and selling books deemed by the mainland authorities as offensive and subversive.

On Monday, Lee’s wife approached police to withdraw an early request for help after Lee went missing since last week. She claimed Lee had been in touch.

A Taiwan news agency published a letter faxed by Lee to his colleague, saying he “returned to mainland my own way and am working with the concerned parties in an investigation which may take a while.”

He also asked the workers to continue operating the bookshop. “I am now very good and everything is normal.”

Media reports have quoted police source as saying the immigration authorities have no record of Lee having left the city.

Lee’s claim of having returned to the mainland in his “own way” have added more mystery to saga. Fears that the mainland security officers have carried out duties in Hong Kong have continued to haunt the minds of Hongkongers. International media gave prominent coverage to the incident, raising doubts about Beijing’s pledge of the policy of “one country, two systems” for the city.

On Monday, Chief Executive Leung Chun-ying broke silence and sought to reassure the jittery local and international community that it would be “unacceptable” for mainland officers to enforce law in the city under the Basic Law.

Global Times lashes out at bookstore

In two editorials published on Monday and Tuesday respectively, the official Global Times have also attempted to rebuke criticism that the case has anything to do with the “one country, two systems” policy.

But the official media has shot their own feet when it accused the bookshop owners for having published books that are “full of fabricated contents” and “have launched malicious attack against China’s political system.”

It said: “Although the bookstore is in Hong Kong, the damage it caused has already cross the border into the mainland. Lee Bo knows clearly about it.”

The Global Times editorial has confirmed fears that Lee and his associates have landed into trouble for publishing and selling books in Hong Kong that the communist authorities have tolerated in the past – but now apparently found unacceptable.

Hong Kong has been known and thrived as a unique Chinese city both before and after 1997. Among others, Hong Kong people have enjoyed freedom of speech and expression and freedom of the press and publication, which are still lacking in other parts of the country.

The missing bookseller saga, however, has emerged as perhaps the most blatant case that shows the firewall between the city and the mainland is fast crumbling.

It may sound alarmist. But the essence of the case is that people who have been engaged in activities that are legally sound and politically acceptable in the city could also face political and legal troubles under mysterious circumstances.

In a sense, it is similar to the cases of some Hong Kong pro-democratic activities being denied entry into Macau and Malaysia earlier. There are good reasons to believe they were not let in because they are branded as hostile, or even subversive, by Beijing.

Taken together, they are clear signs of a hardened stance of the communist authorities towards political dissent in Hong Kong and, more worryingly, the increasingly blurred lines between the “two systems.”