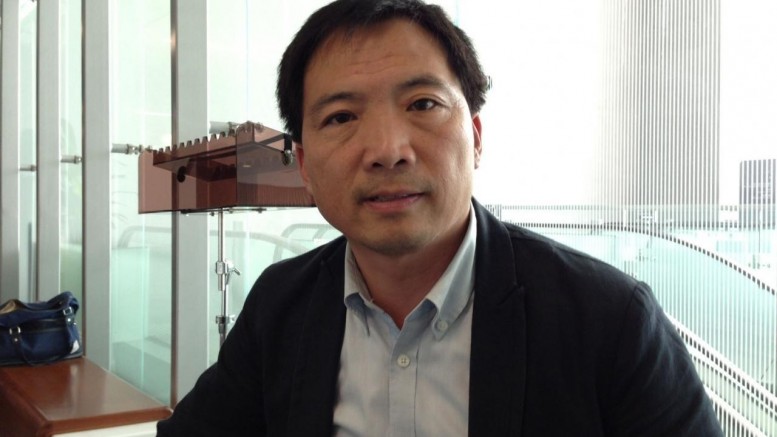 Known as the world’s most costly railway per kilometer, the Hong Kong section of the Guangzhou-Shenzhen-Hong Kong Express Rail Link does not only suffer from excessive overspending of HK$20 billion, but is also seriously delayed in completion to the third quarter of 2018. Amid a series of unresolved issues, Leung Chun-ying’s government even proposes to conduct studies on incorporating relevant mainland Chinese laws into Annex III of the Basic Law in order to allow the arrangements for “co-location” of immigration and customs facilities of the mainland and Hong Kong (the co-location arrangement).

Proposing the co-location arrangement is simply a disguise; the truth is that Leung uses the rail link issue as an excuse to allow the enforcement of mainland laws within Hong Kong territory. This is obvious to discerning eyes of the Hong Kong people, who understand that Leung aims at completing his political task at the expense of the interests of Hong Kong people and to sacrifice “one country, two systems and high degree of autonomy”.

To pave the way for the introduction of mainland laws, a “black hole” in the Basic Law must first be opened. To open such a “black hole”, the proposal of separate immigration and customs clearing facilities (“separate checkpoints arrangement”) must be ruled out and there must be a spin that a “co- location arrangement ” is the only viable option. Speaking before attending a regular meeting of the Executive Council, Leung said there are no customs or immigration facilities in the stations in the majority of mainland cities with high speed rail connections; therefore it is completely unfeasible to have separate checkpoints in these cities.

However, when the then Secretary for Transport and Housing, Eva Cheng was in charge of pitching the funding of the rail project at the Legislative Council, she clearly said that there were other options other than the “co- location arrangement”. She also pointed out that no “co-location arrangement ” does not mean there is no high-speed rail and the government is looking at the halfway plans. In fact, at that time the Legislative Council did discuss having Futian as the Chinese immigration and customs facility. Ports in Guangdong province other than Futian, such as the hub of the rail link – Guangzhou South Railway Station – could also be considered for being the checkpoint in China, contrary to Leung’s claim that separate checkpoints arrangements are not feasible.

What is even more worrying is that the Leung government tries to re-interpret the legal definition of “the limits of the autonomy of the Hong Kong SAR” so as to incorporate the relevant mainland laws into Annex III.

Article 18 of the Basic Law provides that national laws shall not be applied in the Hong Kong SAR except for those listed in Annex III, which are confined to those relating to defense and foreign affairs as well as other matters outside the limits of the autonomy of Hong Kong.

Responding to my question at a meeting of the Legislative Council’s subcommittee on railway matters on December 14, Secretary for Justice Rimsky Yuen said: “Under the Basic Law, powers have been delegated to Hong Kong…in the circumstances of Hong Kong, let’s say, immigration, entry and exit control, while but then, co-location arrangement referred to the entry and exit control of the two places, that’s why there are some legal professions who pointed out that because of that, we may consider studying whether this law falls under the three categories under Article 18 and therefore, could be included in Annex III.”

Should mainland laws be incorporated in Annex III in future, whether it is “directly applicable ” or subject to “local legislation”, the “scope of autonomy” remains existing as a form only, leaving our autonomy wide open for the Central Government. Hence, whether to include mainland laws in the Basic Law though the Annex III is a critical key and the Democratic Party will certainly fortify our autonomy as a fortress against any damage.

The government has gone back on its word of assuring the Legislative Council there shall be no additional funding for the completion of the high-speed rail link, but we could see from today the government presented itself in an unconvincing manner to get additional funding for the project. The Democratic Party believes a separate checkpoints arrangement is the better choice at this stage; and to push the additional funding through Legislative Council, the Government must first be accountable to the taxpayers for the additional HK$20 billion and Hong Kong people who need to wait for another three years. It is, after all, the foundation of accountability for officials to admit mistakes and to assume moral and political responsibility.

Wu Chi-wai is a Democratic Party legislator, representing Kowloon East. This is an edited version of his Letter of Hong Kong at RTHK on Dec 27

Be the first to comment on "Separate checkpoints for high-speed rail link a ‘better choice’, Wu says"