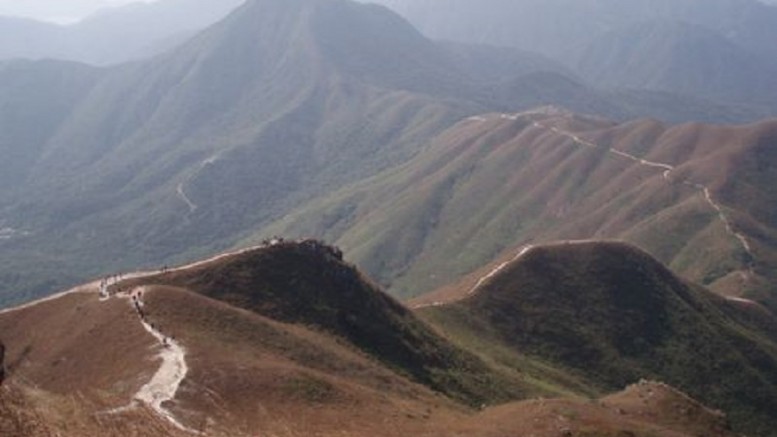 Chief Executive Leung Chun-ying and his team set their eyes on country parks for housing development.

Country parks have once again been propped up as a quick fix solution to the city’s housing woes. But in reality it is neither quick nor an adequate fix.

One of the more controversial points in the lately Our Hong Kong Foundation report, which was to receive tacit agreement by the Chief Executive Leung Chun-ying following the report’s launch, is to cut away bits of the country parks to satiate the city’s excessive housing demand. The rationale goes that Hong Kong has 40 percent designated as country parks, while developed land make up a sizeable proportion less. So couldn’t we merely take a small fraction out of this green network to service other social needs, chiefly residential housing?

To the untrained eye, country parks can seem like a massive piece of undeveloped land ripe with development potential. Largely without private landholders, country parks might seem relatively easy to plan for, as there are no existing structures or mixed ownership and tenants to contend with. It is also cheap: without a need to decommission infrastructure or compensate existing landholders.

Value of country parks glossed over

In doing so, it also underestimates, and in fact largely glosses over, the value of the country parks network to Hong Kong’s inhabitants. Country parks provides all sorts of benefits, such as the cleaning and cooling of air by vegetation, the collection of drinking water in the country park watershed, and the mitigation of floods by forested areas. These ecosystem services are not luxuries we can do without, but essential to our well-being and the city’s future prosperity. Current debates appear to lack this articulation of how Hong Kong benefits from country parks, and what we stand to lose if development intrudes into its borders.

There is, however, a lack of information about the values of ecosystem services to people in Hong Kong. Countries like the United Kingdom have conducted national assessments of ecosystem services, which are intended to help it make similar trade-off decisions. Such assessments are comparatively new in Hong Kong, but there are plenty of overseas examples to help get us up to speed. Given the frequent mentions about country parks in the housing debate, there is strong incentive for the Government to initiate such a study. Besides the need for such assessments to be thorough and rigorous, it should also be carried out by independent experts and technicians, agenda-neutral and based on international best practice for it to serve its purpose.

Assessments like this will inevitably take some time, but it is infinitely better for the Government than to condemn itself to recklessness, in a mad dash for quick fixes to the housing problem.

Wilson Lau is a consultant of Civic Exchange