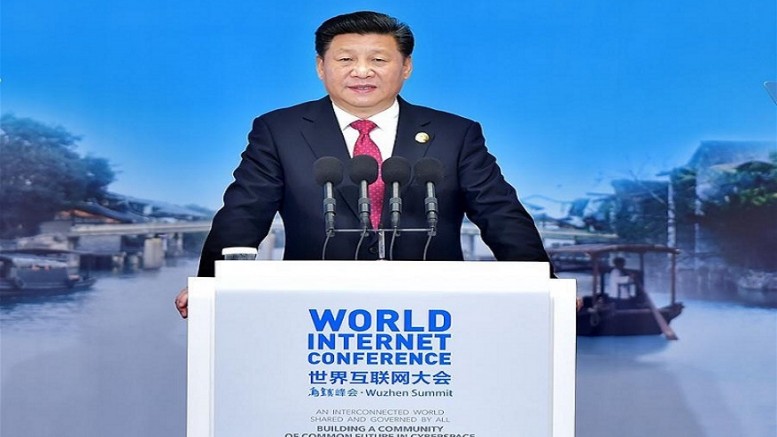 President Xi Jinping envisions the future of Internet at the World Internet Conference in Zhejiang province.

Story No. 1: A long-time friend of mine based in the mainland has dropped me a note about what she’s up to on Sunday – six weeks after I wrote to her. She said: “I just got back to the United States and opened the Gmail for the first time in six weeks.”

Story No. 2: A mainland friend visiting Hong Kong was full of questions about the future of the South China Morning Post after it was sold to Alibaba. He cited as a matter of the reality in the mainland that saw a lengthy blockade of access to the newspaper’s website during the 79-day Occupy Central movement in Hong Kong last year.

Story No. 3: Pu Zhiqiang, an outspoken mainland human rights lawyer, defended himself at the Beijing No. 2 Intermediate People’s Court on Monday. He denied that he had incited ethnic hatred of “provoke trouble” by writing microblog commentaries critical of the Chinese Communist Party. The trial ended in three hours. His lawyer said they expected an outcome “very soon.”

The three stories have shed some light, if not added more gloom, to the media and internet scene in China at a time when the paramount leader Xi Jinping is seeking to get the best of both Internet worlds: freedom and order.

Xi, dubbed by some Western media as Emperor Xi for his leadership style, said in a keynote speech at the World Internet Conference in eastern Zhejiang on Wednesday: “Cyberspace is not a domain beyond the rule of law.”

He said: “Freedom is the goal of order. Order is the safeguard of freedom.

“While respecting internet users’ rights to exchange ideas and express their views, efforts should be made to build a sound cyberspace order under the law so as to protect the legitimate rights and interests of all internet users.

“Greater efforts should be made to strengthen ethical standards and promote civilised behaviour in cyberspace,” he said.

China, he said, would push for greater dialogue and attempt to minimise differences so that new international rules controlling cyberspace “can be universally accepted by all parties”.

Xi said China fully supported the setting up of an international treaty on cyber counterterrorism, and was also opposed to the cyber arms race, which has seen nations using the internet to carry out espionage and disrupt the communications and operations of another state.

Xi’s vision of the future of Internet has explained why he has taken a personal interest in the issue since taking the helm of the party in 2011. He has led a panel overseeing internet security and IT development. During his overseas visit, he has paid visits to hi-tech companies, met with industry executives. His recent trip in the United States saw him taking Seattle as his first stop, where he has met with a number of leading IT corporate giants.

While pinning hopes that IT technology could help transform China’s economy and enterprises for them to adapt to the information age, Xi is adamant IT technology is critically important in maintaining domestic order and national security.

Speaking at a press briefing on the conference in Zhejiang on Tuesday, a State Council official in charge of internet information Lu Wei said: “There is no such thing as freedom without order.” He denied China has practised censorship on the internet, adding there is only “internet management,” which he insisted was learned from the West.

And asked about the ban on access to some Western websites in the mainland, he said: “We do not welcome those who made a lot of money in China, but still smear Chinese people… We cannot change you, but we have the right to choose friends.”