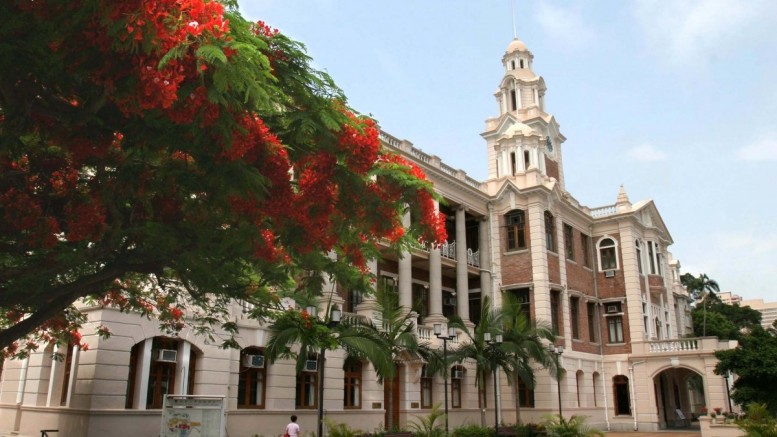 The row over the appointment of a pro-vice-chancellor at the University of Hong Kong raises fears of threat to academic freedom.

People have asked, what is academic freedom? Why is it important? How is it different from freedom of expression that we all enjoy? There is no single definition of academic freedom. The classic meaning is “the freedom to conduct research, teach, speak, and publish, subject to the norms and standards of scholarly inquiry, without interference or penalty, wherever the search for truth and understanding may lead.” This right to academic freedom is protected by our Basic Law. Academic freedom has both an institutional and an individual dimension. As an institutional right, it protects a tertiary institution the freedom to engage in its own business – the business of teaching and research.

A university is not only a place where knowledge is transmitted, but also a place where knowledge is created, gathered or discovered. A university is characterised by its scepticism of and readiness to challenge conventional values. Dogma and hypothesis are incompatible, and a university ceases to be true to its own nature if it becomes the tool of the State. University has “to provide an atmosphere that is most conducive to speculation, enquiry, experiment and creation.” Academic freedom is vested, not only in individuals, but also in the academic community as embodied in the institution. Thus, the autonomy of the institution is a prerequisite of academic freedom.

Academic freedom has also an individual aspect. Insofar as the publication of the research of an academic is concerned, this right overlaps with the right to freedom of expression. In this sense, an academic is protected in the same way as any other person in society, and does not enjoy any particular advantage or privilege because of his position as an academic.

However, academic freedom protects also the process of his enquiry, including his freedom to pursue the search for knowledge without fear of external sanction.  Academia, with its intellectual rigour, also plays an important role in analysing and, if necessary, criticising the nature and effectiveness of public policies and measures.” This brings academics in potential conflict with the ruling government.

This is of particular importance in Hong Kong, as academics in Hong Kong seem to have assumed a more critical role in social advancement than their counterparts in many other parts of the world. This is partly because of the nature of the University being the fortress of knowledge, and partly because of the intellectual rigour, impartiality and rationality of the academic community. Academics provided a constructive force for social changes.

Independence inevitably means that not all views expressed by academics are acceptable to the Governing regime. Critiques are particularly powerful, and also worrying to the governing regime, when they are supported by reasons and grounded upon evidence and research.

The second incident involved allegations that improper pressure was put on the Hong Kong Institute of Education to silence those academics who have been critical of education reforms proposed by the Government. The allegations had caused widespread community concern, and a Commission of Inquiry was set up to look into the allegations. The Commission found that the Permanent Secretary for Education, “being the second most senior official in charge of education, should have realized that her views on education could never have been simply personal, but were necessarily, to an obvious extent, representative of the Government. It was unacceptable that she did not express her opinions openly and through proper channels, but instead in a manner with the semblance, if not also the substance, of intimidation and reprisal.” The Commission disapproves such behaviour unequivocally.

The Permanent Secretary for Education was answerable to the then Secretary for Education and Manpower, who is now rumoured to be appointed as the Chairman of the HKU Council. From almost any count, that candidate is probably a lot more controversial and divisive than I am, and yet the Chief Executive seems to be adamant to appoint him as Council Chairman. Is that appointment in the best interest of the University, wearing his Chancellor hat, or in the best interest of the Government, wearing his Chief Executive hat?

The third incident differs from the above two incidents in that (1) there was no direct evidence of government interference and (2) the failure to uphold institutional autonomy came from within. Unlike the first two incidents, neither the Chief Executive nor the Council was able and willing to defend the system. On the contrary, they became part of the problem.

It involved the proposed appointment of the former Dean of the Faculty of Law to the position of Pro-Vice-Chancellor (Academic Staffing and Resources). Despite the strong plea of Convocation, and the clear expression of views of staff and students through various surveys and resolutions, the Council eventually decided to veto the recommendation. No reason was given for this departure from the well-established practice of normally following the recommendation of the Search Committee, especially after a worldwide search. From information subsequently leaked, the reasons are too scandalous even to be recited here, with some irresponsible and blatantly defamatory accusations, but none of the reasons was related to ability, experience, vision and past performance in administrative positions, factors that one would have considered to be relevant to such an appointment.

Is there an interference with academic freedom?

Without a proper inquiry as it happened in the last two incidents, it would never been able to fully fathom the facts of this case. This has been made more difficult when the Council’s way of conducting its affairs has become the very opposite of transparency, openness and accountability.

An overwhelming and sustained attack, with over 350 articles over a sustained period of 9 months, on a candidate by the pro-China media, including even the People’s Daily, is, to say the least, highly unusual, if not political. The attack coincidentally came after the end of the controversial Occupy Central movement. The candidate is apparently not favoured, not because of his ability, but of his liberal political stance. When the University Council is prepared to depart from its usual practice without proper reasons, and when the reasons that were eventually leaked, despite attempts to suppress their leakage, are regrettably ridiculous, it does not require a PhD to conclude that there must be political interference with the appointment. Interference from whom? Certainly not from the candidate!

According to the UN ICESCR Committee, “academic freedom includes the liberty of individuals to express freely opinion about the institution or system in which they work, to fulfill their functions without discrimination or fear of repression by the State or any other actor, to participate in professional or representative academic bodies, and to enjoy all the internationally recognized human rights applicable to other individuals in the same jurisdiction.” If an academic is penalised for his political view, this is a frontal attack on academic freedom.

The aftermath: a systemic issue

The second consequence is how far this would affect academics, particularly untenured academics, to express their views on social or politically sensitive affairs. Some junior academics have told me that they would now think twice before they are to express such views. The perception of interference with academic freedom will also have consequences on recruitment of talents and retention of staff, the impact of which is still to be seen.

These incidents also highlight a systemic problem. When interference comes from the Chief Executive’s Office, as in the Robert Chung case, or from a senior government official, as in the Institute of Education case, how could the Chief Executive continue to be the Chancellor of the University? How could academic freedom in the sense of freedom from interference from government be reconciled with the fact that the Head of Government remains the Chancellor of the University, who is not satisfied with the conventional ceremonial role. The Chief Executive is prepared to exercise these powers and in some cases such as the APA he could appoint up to 80% of all Council members and exercise full control over the institution. For historical reasons, the Chief Executive is made the Chancellor of all universities in Hong Kong. There is no reason that this practice cannot be changed, as it is inimical to academic freedom and institutional autonomy.

It is unclear if the universities themselves are prepared to initiate amendments to remove this anomaly. However, an opportunity will arise in the near future. The Institute of Education has recently been elevated to become a university. This will require an amendment to the Hong Kong Institute of Education Ordinance. There is nothing to prevent the introduction of amendments to remove the Chief Executive from being the Chancellor of the new university. This amendment does not involve any public expenditure or government structure, and therefore its proposal does not require the consent of the Chief Executive, who would in any event be in a position of conflict of interest.

Academic freedom has to be defended by the institutions. In the first two cases, the university is prepared to defend its autonomy. The third case highlights the problem of a council that is alienated from the majority of the university community, that is insensitive to issues of academic freedom, that has confused the role of trustees with the role of management, and that is too ready to hide behind the cloak of confidentiality. It is clear that reform of the council is badly in need.

Academic freedom does not exist in isolation. When it is at risk, it is a warning that other fundamental rights and freedoms would be endangered. We must remain vigilant.

Professor Johannes Chan is former dean of Faculty of Law, the University of Hong Kong. This is an excerpt of his speech on the 20th Anniversary of Human Rights Press Award at Foreign Correspondence Club on December 10.

Be the first to comment on "Some reflections on academic freedom"