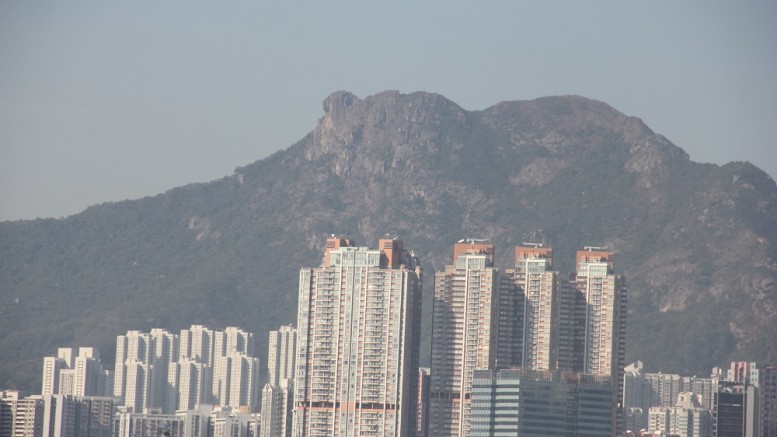 Hong Kong is increasingly not like the Hong Kong as it was, Dean of Tsinghua Law School Wang Zhenmin observes.

What are the deep-seated problems facing Hong Kong? This is the question the central government and everyone in Hong Kong should contemplate for the betterment of the society. There are a few issues that need more soul-searching.

First, conflict between the existing capitalism and people’s pursuit of welfare society.

This is the most deep-seated problem and a public policy issue Hong Kong must face with.

In the past, the Hong Kong Government had tried to avoid wealth redistribution, rob the rich for the poor nor unlimited increase in welfare hand-out. One major change after 1997 is that the government has changed from caring about the minority of rich people to the majority of people. With the introduction of elective politics, the city’s taxation policy has changed. Rich people have been asked to pay more tax for the government to please the mass.

The essence of democracy and universal suffrage is wealth redistribution. This is in the right direction. But are we going to go from one extreme to the other extreme? Are we going to just care about the mass, not the rich?

To retain functional constituency election and nominating committee (for chief executive election) is to help avoid going extreme. Capitalists will start questioning whether Hong Kong is still a good place to make money if taxes and welfare are raised and excessive efforts are made to “rob the rich for the poor.” This is the deep-seated reason why some prominent leading business figures are relocating their businesses out of Hong Kong in recent years. They fear Hong Kong’s public policy is changing. Indeed, it has changed.

Hong Kong needs to preserve the entrepreneurial spirit of individuals. We must not turn Hong Kong into a welfare society, nor a society of “communism.” This is the bottom line. The Government must give equal importance to the “minority” and the “majority.” There should be equal share of economic benefits and balanced participation in politics.

Secondly, Hong Kong can never avoid the question of motherland.

Hong Kong can never avoid the issue of their own motherland. In terms of the political, economic, social and cultural development, Hong Kong will not be able to move forward if they are separate from the motherland. This is true in the past, the present and the future. Hong Kong and the nation have had shared destiny. Now that China’s economy has become the second-largest economy in the world, many countries can no longer ignore the Chinese economy. Hong Kong is doing the opposite. Deliberately or unintentionally, Hong Kong has tried to sever itself from the mainland. The result is that it has lost a lot of golden opportunities.

Hong Kong seems to have stuck in its status quo, or even moved backward in recent years. This is because some people have not joined the mainstream of the nation’s development whole-heartedly. Hong Kong has become stranded in the middle of nowhere. Hong Kong will never go independent. The mainland-Hong Kong relationship is an unavoidable deep-seated problem. People should seriously understand their motherland, its history, geography, economy and politics. They should tell their younger generation in a responsible way such as how the Chinese Communist Party governs. We have to build a harmonious, healthy and constructive relationship.

Thirdly, relationship between conservatism and radicalism.

Hong Kong has inherited political conservatism from Britain. They include the rule of law, civility and rationality, rules and regulations, due process, no radicalism and less violence. Hong Kong people have earned a reputation of gentleman-like, traditional, conservative and civilised. But it regrettable that conservatism philosophy has been taken over by radicalism in recent years… Some people even want to launch a total violence revolution to overthrow the present regime… to build a “new Hong Kong” and formulate a new Basic Law. Hong Kong is increasingly not like Hong Kong. In some aspects, it looks like a third world city. Some people do not follow the law and act rationally. If people have fond memories of the British rule, why they do not carry on the tradition of conservatism and learn from the British political culture? If the trend continues, will Hong Kong’s tomorrow better?

Fourthly, full implementation of “one country, two systems” policy and the Basic Law.

The implementation of the policy and the Basic Law is overall a success. But some systems and institutions have not yet been effectively implemented. We should fearlessly activate some dormant provisions in the Basic Law and establish a comprehensive system, structure and mechanism. Hong Kong has reverted to Chinese sovereignty for 18 years. On some issues, (some people said) time is not yet ripe. So, when will time be ripe? (Editor’s note: Article 23 on matters including anti-subversion has not yet been implemented through local legislation.)

Wang Zhenmin is Dean of Tsinghua Law School and an adviser to the Chinese government on Hong Kong Policy. This is a translation with slight edits of his article published in the December edition of the Chinese-language Bauhinia Monthly magazine.