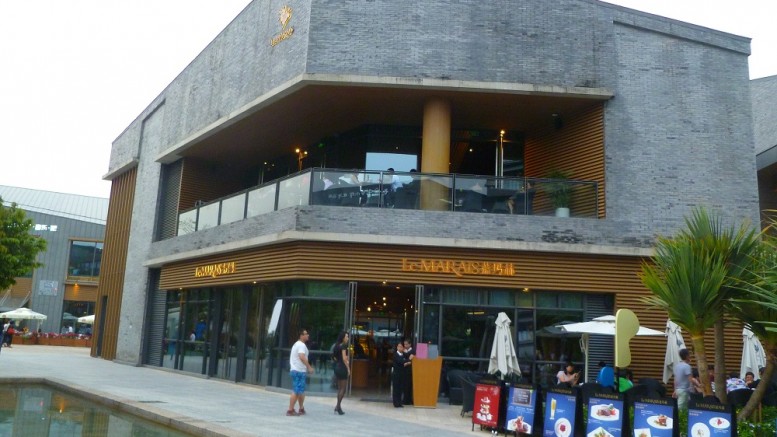 Since the beginning of China’s growth miracle, a large part of the country’s development has been directed from the center. This “top-down” approach has focused on heavy industry, infrastructure, the movement of people from rural to urban areas, and the promotion of exports, particularly manufactures. The top-down approach is reaching its limits. China’s leadership is working to make the transition to a more organic, “bottom-up” growth model, focused on the development of services industries delivered in many cases through markets and by smaller business units. This transition will involve economic growth that is slower (though still rapid). And, because of the increasing reliance on market forces and smaller business units, Chinese growth in the future will be more erratic and harder to control from the center.

The experience of U.S. “rust belt” cities provides a helpful analogy for China’s challenge, at least qualitatively. As in China, the economies of American cities like Chattanooga and Pittsburgh were built on heavy manufacturing, a model that eventually reached its limits. The analogy is not exact, of course: Unlike the case of China, the industrial hollowing out of U.S. rust-belt cities resulted in large part from increased foreign competition. In some respects, however, the constraints on industrial development faced by China and Chattanooga—notably, the increasing toll of heavy industry on the environment—were similar.

In any case, the rust-belt cities that succeeded in reviving their economies did so primarily by turning from manufacturing to services. In Chattanooga and other cities, public/private taskforces worked to revitalize downtowns, to develop tourist attractions and conference facilities, to clean up the environment, to improve transportation links and other critical infrastructure, and to attract businesses in “clean” sectors like medicine, technology, finance, and retail. Strengthening education was key, with benefits ranging from attracting and maintaining skilled workforces to seeding high-tech startups. Pittsburgh’s redevelopment in particular was greatly helped by the location there of several major universities, including Carnegie-Mellon and the University of Pittsburgh, which led efforts to build research facilities where old mills had once stood.

How can China make a transition to a more services-oriented economy, analogous to that made by Chattanooga and Pittsburgh, as well as by other East Asian countries like Japan or Korea? Reducing the subsidies to and direct government support for exports and heavy industry, while continuing reforms to make it easier to start and sustain new private businesses, are critical steps. So, in some cases, are partnerships with foreign companies that bring essential expertise. A useful lesson from the experience of reviving U.S. cities is the importance of building and empowering a strong middle class. For those cities, attracting middle-class consumers involved improving public infrastructure and education, adding amenities, reducing crime, and increasing job opportunities. In China, empowering the growing middle class will require measures such as strengthening the social safety net and reducing regulations and controls that restrict consumer choice. A strong Chinese middle class will stimulate the development of new services industries, allowing the “bottom-up” approach a chance to succeed.

China’s economy certainly has its share of short-term problems, including bad loans in the banking system, a shaky stock market, and excess capacity in heavy industries. How it navigates those risks will have important near-term implications both for China and for China’s trading partners. In the medium term, however, China’s biggest economic challenge is to make the transition from a top-down, heavy-industrial growth model to a bottom-up, services-focused one.

Ben S. Bernanke is a Distinguished Fellow in Residence with the Economic Studies Program at the Brookings Institution and also serves as a Senior Advisor to PIMCO and Citadel. He was a former chairman of the Federal Reserve.

This is an edited version of his blog, http://www.brookings.edu/blogs/ben-bernanke.