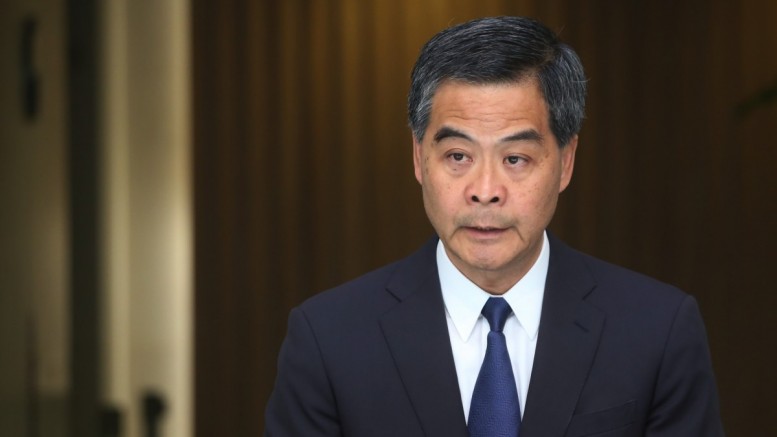 Three points from the salvos fired by Chief Secretary, Carrie Lam Cheng Yuet-ngor, Hong Kong’s Number Two, against the Democratic Party at a Legislative Council motion debate on Wednesday. The motion, sponsored by the Democrats, called for an amendment of the anti-bribery law to make it a criminal offence for the chief executive to solicit or accept any advantage without the permission of a statutory independent committee. It was vetoed by the pro-government lawmakers.

Chief Executive Leung Chun-ying has reacted positively to the report compiled by an independent panel led by former Chief Justice Andrew Li Kwok-nang, which was set up after former chief executive Donald Tsang Yam-kuen was accused of accepting favours from tycoons, among some other wrongdoings. Mr Justice Li has described as a major “loophole” that the present law did not cover the chief executive. Soon after the report was published in 2012, Leung, who was chief executive-designate then, has promised to implement the recommendations step by step. More than three years on, there is still no legislative timetable. Speaking at the Legco debate, Mrs Lam reiterated the government’s stance remained unchanged. But she added the relevant amendment hinged upon provisions in the Basic Law and “constitutional issues” that required comprehensive discussion. She did not elaborate.

The Leung administration’s ambivalent stance and delay tactics have put them in a vulnerable position. It has provided an easy target for anti-Leung political forces to cite it as a case of failure in honouring his promise. Worse, it has given more ammunition for rivals to shaken the moral ground of Leung, whose failure to come clean over his HK$50 million golden handshake deal with the Australian company UGL before he took up the top post in 2012 has taken its toll on his popularity and image. Speaking at the debate, Democratic Party chairwoman Emily Lau Wai-hing has declared they would send out pamphlets publishing details of who vetoed the motion to voters. No doubt, the anti-bribery law amendment row and Leung’s alleged wrongdoings over the ULG case will figure prominent in this month’s district council polls and the Legco election next year.

Carrie Lam raised some eyebrows recently over a string of militant remarks she made when fighting back sharp attacks from the opposition pan-democrats. At Wednesday’s motion debate, she condemned the Democrats for turning the anti-bribery law issue into an election issue. She spoke after Emily Lau said they would soon launch a new publicity campaign following the veto. Lam has described that as a move that shows “the fox has exposed its tail.” She said: “(The motion debate) is an attempt to attack the Chief Executive as part of election campaign.” By attacking the alleged motive of the Democrat in sponsoring the motion, Mrs Lam was trying to divert attention from the substance, namely the loophole in anti-bribery law and their delay in initiating legislative amendment. Whose tail has become exposed?