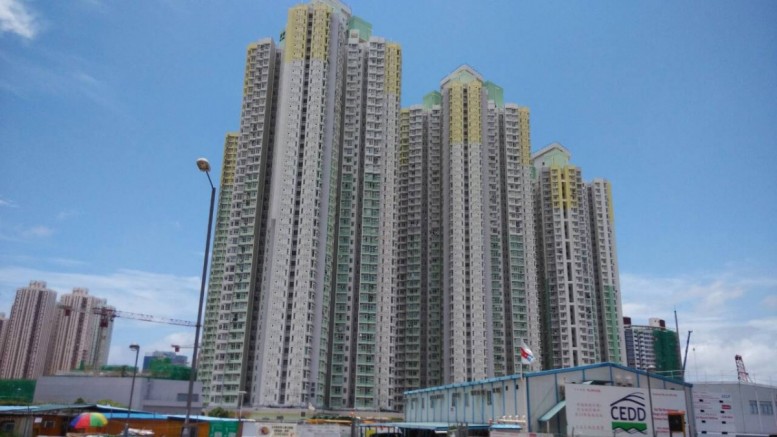 Three quick points from Wednesday’s government announcement of a promise by four contractors to pay HK$20 million to help 29,000 households in public housing estates affected by contaminated water to pay their water bills.

Making the announcement, Chief Secretary Carrie Lam Cheng Yuet-ngor acted as a messenger to deliver a message from the contractors. She said: “The four contractors would like to add that this additional initiative is only meant to show their goodwill and care for the households, and is unrelated to the issue of responsibility [for the contamination].” By setting the record, Mrs Lam is anxious not to give any message or signal that the “goodwill cash” represented an admission of wrongdoings by the contractors. At a time when a government-appointed panel is holding a public inquiry and that litigation filed by residents affected by contaminated water could not be ruled out in the future, any initiatives that might have implications on the aftermath of the “lead-in-water” scandal would have to be handled with extra care. From the government and contractors’ perspective, they have good reason to make it crystal clear what the HK$20 million handout is for – and what it is not.

Erupted in summer ahead of the beginning of the campaign for the November 22 District Council election, the scandal has become a godsend gift for the Democratic Party, which is the first to break news about the contamination following a test of water sample they took from an unit in a Kowloon Bay public housing estate. The revelation dropped a bombshell in the society for obvious reasons. Other political parties lost no time to hold the government accountable, or to be more accurate, to find fault and score political points. Government officials are said to have reacted with awe and scorn some demands by politicians such as a waiver of rent for tenants for one year. In view of the profound implications, the Government and the Housing Authority stood firm not to dig out from taxpayers’ pocket to pay, in whatever form, to the affected households. But mindful of the negative impacts on the pro-establishment political parties in the upcoming elections, it sounds politically wise tactic to show goodwill together with a laisee up to HK$660 in water charges for each household affected.

Although there are still a lot of questions concerning the contaminated water scandal remain to be answered, the blame has been put on two concerned parties, namely the government and contractors plus sub-contractors and workers. Government officials are faced with criticism for their lack of awareness of the potential danger of contamination and laxity in supervision. The contractors and the relevant people have also been blamed for deficiencies in welding work and supervision. Given the government has not been condemned as the sole culprit, the pressure on the pro-government force has been considerably lessened. Importantly, pro-government political parties have also made efforts to make up the lost ground in their battle with rivals over the issue in the relevant districts and society at large. True, the Democrats have and will continue to claim credit for exposing the scandal. They have to share political limelight over the follow-up remedial work for the people affected. New People Party’s Regina Ip Lau Suk-yee said the pro-establishment and pan-democrats have a draw over the issue. True, the Democrats have scooped other rivals, but the gain for them and their allies in term of votes may be merely marginal.

Be the first to comment on "Can money mend the broken hearts in ‘lead-in-water’ scandal?"